…The report had indicted 3 ministers and a former Perm Sec

…ZTE a Chinese firm was asked to refund balance

…faces of Nigerians behind the failed contract

…40 installed cameras instead of 1000 only worked for 3 months

…same CCTV cameras were rejected by the Ghanaian Govt

After the Nyanya bomb blast of 2014, the House of Representatives under the watch of Speaker Aminu Waziri Tambuwal instituted a probe into the alleged $470million failed CCTV contract for Lagos and Abuja.

The failed contract was awarded by the Umaru Yar’dua administration in 2008 to install CCTV cameras in both states to checkmate crimes.

The committee concluded its findings before the Tambuwal led House folded up in 2015.

The committee recommended that all those involved should be prosecuted.

The committee also discovered that the cameras that were installed in Nigeria were intially rejected by the government of Ghana.

TNG in a bid to get to the bottom of the matter decided to beam its searchlight on what happened four years after the House of Representatives under Speaker Yakubu Dogara set up a panel to probe what happened to the failed contract.

Further investigations by our investigative unit revealed that out of the 1000 cameras that were to be installed in Abuja only 40 were installed and they only functioned for three months.

ZTE the Chinese firm that installed the cameras claimed that the cameras were vandalised by unidentified hoodlums in the Federal Capital City, FCT.

Till date no hoodlum has been arrested and the contract had remained uncompleted, the contractor too has been doing business in Nigeria despite the fact that the adhoc committee indicted the contractor, three former ministers and a former Permanent Secretary in the ministry of Police Affairs  in 2017.

The committee headed by Hon Ahmed Yerima in its report had indicted  three former ministers of communication and the then Permanent Secretary of the ministry of Police Affairs.

The motion  which was co,-sponsored by  Hon Adeseun Abdul-Majid and Hon Abiodun Faleke was  tagged: ‘for the Reactivation/Installation of Closed Circuit Television (CCTV) Cameras in Abuja, State Capitals and Major Cities and Investigation of the Failure of ZTE Corporation to Complete the Contract of Installing the Cameras in Abuja and Lagos”.

Abdul-Majid in the motion expressed concern about the dormant state of the CCTV Cameras installed in Abuja by ZTE Corporation after it procured a contract in 2010 to do same in Lagos with both costing a whopping $470 million.

The House had set up an adhoc committee to probe deep into the matter.

Faces Behind the Alleged Contract Scam 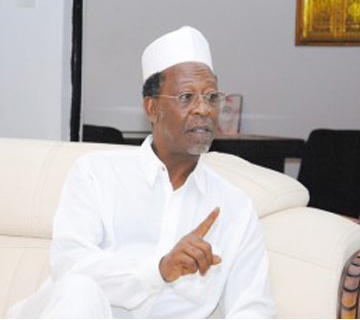 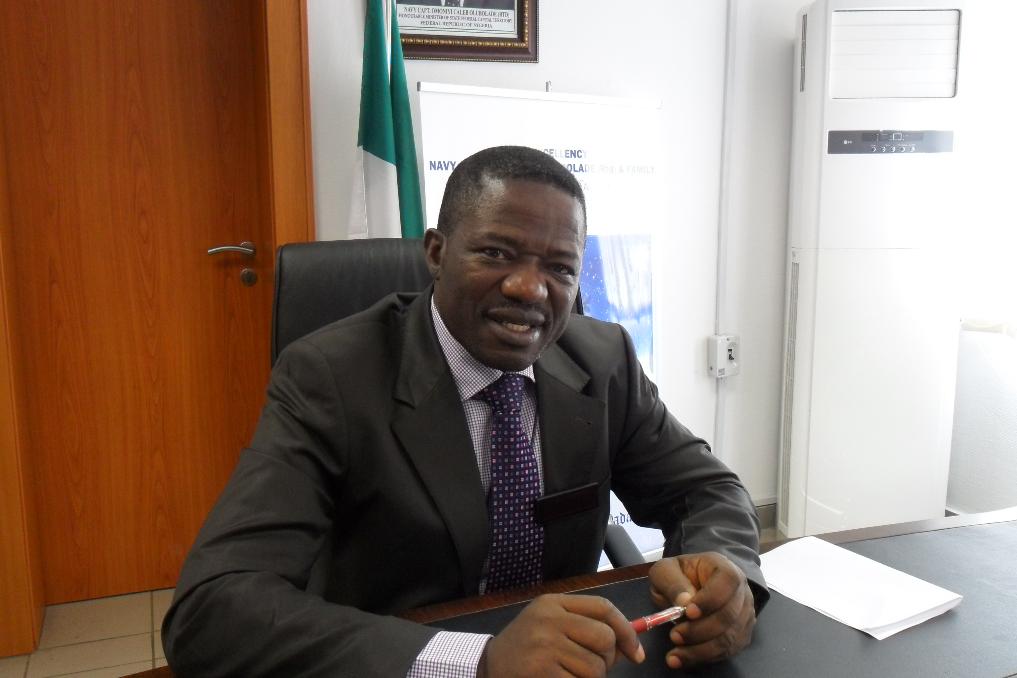 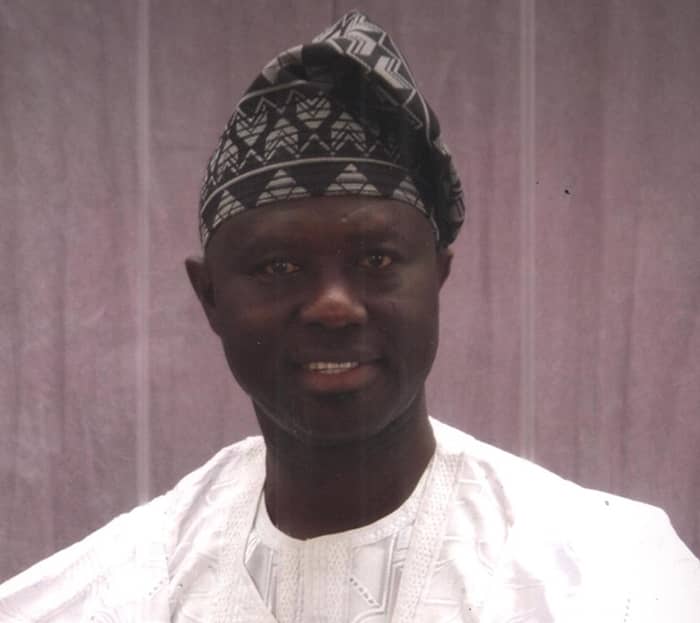 The adhoc committee had recommended that if government accepts the committee’s recommendation, the ex-political appointees would face trial.

Some of the recommendations of the committee included the prosecution of the former ministers and officials of the defunct Ministry of Police Affairs who served between 2010 and 2014.

“They should be prosecuted over complicity in the removal and or disappearance of the operational and maintenance costs of the project from its initial proposals, as that singular act contributed to the non-performance of the network,’’ the committee had stated.

It said Obeigbu should be prosecuted for deliberately refusing to release N3 billion meant for network operations and maintenance;

“ZTE Nigeria, the contractor, should refund the discrepancy amount certified after the audit exercise or supply equipment and spareparts of commensurate value as may be required by the ministry.

“Otherwise, the figure should be deducted from the outstanding debt of US$20,247,172.00 certified by the Ministry of Police Affairs as being owed ZTE for running the network from January to June, 2013.

It also recommended that a forensic audit of the outstanding debt being owed ZTE for running the system for several months should be conducted and the actual cost be verified.

The CCTV contract was awarded in 2008 for $470 million under the National Public Security Communications System (NPSCS).

Only 40 cameras were working, of the 1000 installed in Abuja.

The contractors said they were in the process of re-activating the remaining 960, which they said were vandalised.

Continuing on the motion the lawmaker regretted the failure of the corporation, a Chinese firm to complete the contract which would have gone a long way in containing security challenges in the country, Abdu-Majid expressed further worries that each loan secured from the Chinese Government is always tied to specific contracts for that project having to be awarded to Chinese companies thereby repatriating certain percentage of the sum loaned, including interest; thereby creating employment for the Chinese and short-changing local Nigerian companies in the process.

Legislators in expressing support for the motion described it as timely or long over-due they also proposed different amendments to the prayers with a view to strengthening the resolutions further.

The then House Majority leader, Femi Gbajabiamila who coincidentally is now the present Speaker in his submission then had argued that the subject matter is something that came up on the floor of the House in the 7th Assembly and was debated with resolutions passed, but nothing seemed to have been done.

He said: “We had documents and paragraphs with damning revelations at that time. When it relates to the security and welfare of this country, it’s our concern, and we have to start asking real questions. A contract has been signed, who signed the contract. Who was the person responsible for the signing? At that time, they couldn’t say, and they were passing the bulk”.

“There are many issues in this motion that we need to take very seriously. Had these things been in place, what happened in Abuja a few days ago would have been prevented or solved. I don’t know whether or not this is an area that should be left to private companies or the federal government. But security is solely the responsibility of government”, Gbajabiamila declared.

The Minority leader then, Hon Leo Ogor expressed gratitude to mover of the motion for his thoughtfulness in the articulation of issues involved in the subject matter.

He said: “I thank the author and mover of this motion because a situation where we as a nation cannot deploy adequate technology in detecting and preventing crimes even after so much money has been spent is totally unacceptable.

I am aware that government had at a time obtained a loan facility from the Chinese government for the installation of these facilities and we didn’t have value for money. Just the same way a loan was procured for the light rail system project and the contract given to a Chinese company and yet, no progress seemed to be made. We need to ask pertinent questions with regards to what happened and how these funds were spent”.

Hon  Wole Oke from Osun had said also: “We should go after this company. We should even open a register for blacklisted companies because if we don’t, companies that are fond of taking money and bolting with it with the connivance of government officials will continue to enjoy patronage in contract awards”.

Recall that in 2011 a committee was raised by the 7th House and coordinated by Internal Security and Intelligence committee.

Its findings were submitted in 2012 for consideration by the entire House.

Also, on July 14 2014 the 7th House had set up a similar adhoc committee to probe into the same contract.

The recommendations of the various committees include out right cancellation of the contract and prosecution of the offenders.

One of its findings also was that the CCTV cameras installed here in Nigeria were the ones the Ghananian government rejected because they were obsolete.

Federal Government failure to comply with House resolutions has not really helped matters.

Recommendations made are also jettisoned giving looters the effrontery to further scam the country.

The anti-graft agencies designed to combat corruption look the other way once powerful politicians are involved in the scam.

The arguments espoused by the lawmakers are germane but at the end of the day the investigative hearings and recommendations eventually made are treated with kid gloves by the executive arm of government.

The trend has continued despite the three investigative hearings conducted within a space of eight years on same matter.

The hoodlums that allegedly vandalised the cameras in Abuja are yet to be apprehended.

An attempt by a lawyer to bring the alleged culprits to book hit a brick wall.

The Abuja-based lawyer, Olugbenga Adeyemi, had in the past gone to court, seeking an order to compel the Economic and Financial Crimes Commission, EFCC, to investigate the failed contract.

Thereafter nothing happened till date as all the ant-graft agencies went to sleep.

All the men involved are not faceless until the Chinese probably decide to ask us to pay more interests on the loan for a failed contract.