The ban on non-essential interstate travels, which is one of the key directives issued by federal government to tame the spread of Coronavirus in Nigeria is now becoming more of a business venture for some unprincipled security operatives who are cashing out daily from their duty post by extorting road users.

An investigation conducted by TheNewsGuru (TNG) on the level of compliance with the interstate travel restriction revealed that Nigerians are flouting the FG’s order daily, only difference is the pay-as-you-go illegal tolls collected by greedy security operatives deployed by the government to man borders.

Recall that President Muhammadu Buhari on the 27th, April announced that non-essential inter-state travels within the country are banned till further notice.

However, in this report, TNG’s correspondent, Emmanuel Bagudu gave an experiential evidences of ongoing movements in and out of some states, facilitated by security agents manning the border posts.

From Jos, it only costs Bagudu’s vehicle a few Naira notes kept aside for security operative to cross some states boundaries and eventually access the Federal Capital Territory (FCT). 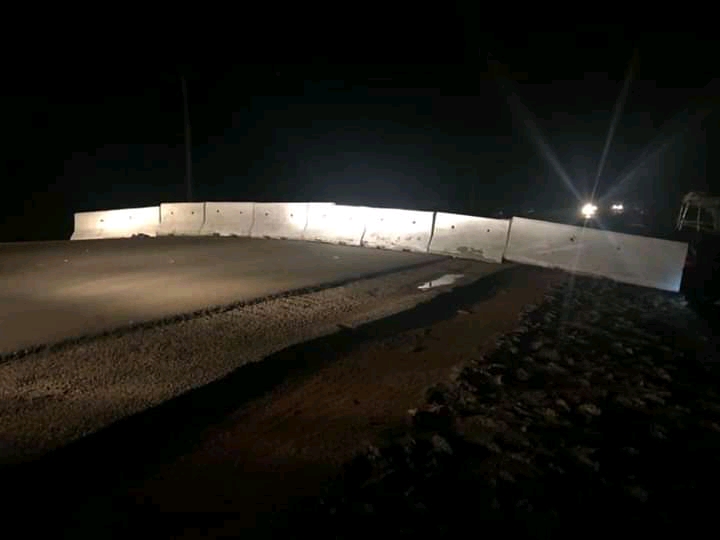 All these seven boundaries in Kaduna though barricaded by Governor Nasir Elrufai to stop travellers from going out and coming into the state never served its purpose.

Some motorists have created bush roads while others bribe security operatives with either N500 or N50 to be allowed to follow the little space created for essential duty motorists on the barricades.

I planned a trip from Jos, the Plateau state capital to the FCT. The journey is supposed to be for about 2 hours 30 minutes, covering a distance of 181 kilometres, as well as crossing two states, Nassarawa and Kaduna. This implies that a good number of check points and toll gates operations will be expected.

All was set and the journey began from Maraban Jama’a in Riyom local government area of Plateau State. Surprisingly, Maraban Jama’a Motor park was busy and filled with commercial cars calling for passengers going to Abuja. “Jos to Abuja is 1-7….” an official of National Union of Road Transport Workers (NURTW) told intending travellers, Meaning;”N1700″ is the transport fare to Abuja. A lot of the passengers complained saying there is reduction in price of fuel but were told point blank that the increment was because of the bribe they (drivers) will offer security operatives at the Jos/Nassarawa and Nassarawa/Kaduna borders.

Everyone got into the car, I didn’t complain because I found the journey interesting. I had a valid Identity Card that shows am a practicing Journalists but there was no need to flaunt it because it was obvious to me no one will ask for it, especially that it has been established at the park that interstate travel is based on ‘bribery’ and not about ‘essentiality’ as stated by the government.

The driver confidently drove the car. We reached the first police check point in Riyom and passed with just a N50 bribe. We approached the first border between Kaduna and Plateau state which is situated in Jama’a Local Government Area of Kaduna and to our greatest surprise, there was a barricade but with no security operatives on guard. The driver was happy and told everyone in the car that we started the journey early enough to have escaped the apprehension of the security operatives. He then drove past the barricade and kept moving. The journey was smooth up to Ungwan Ayaba in Karu Local Government Area of Nassarawa State – By this time security operatives made up of the FRSC and the Police are already on the road and have manned the road and ensured that the barricade is safe.

Motorists numbering over 50 where stopped. Each driver whether on essential duty or not must go and negotiate for a bribe before following a bush path which is away from the barricade.

The bush path is a very rough road with a lot of gullies. Our driver negotiated and paid five hundred naira and was allowed to follow the bush path. Other drivers did same. Before we proceed, the driver asked that one of us sitting at the back should use a motorcycle and drop after a police checkpoint to avoid further apprehension. I volunteered because I was also interested in getting some videos. I followed the bush path and watched how the villagers in Ungwan Ayaba where had cleared the bushes in return for N50 toll as compensation. It was very lucrative for them. We also met a group of vigilante who also asked for N50 bribe. I later reunited with my driver and co-travellers at the entry point of Angwan Ayaba from Nassarawa State. In other words I travelled from Kaduna to Nassarawa State on motorcycle.

Tattara Village in Karu Local government area of Nassarawa State was our next point of expedition. In Tatara, officials of the Nigerian Centre for Disease Control stood by a police check point using thermometers to check body temperatures of travellers. There is no lockdown order in Nassarawa State and so the security officers in the state are not hostile “…The police here don’t collect bribe. They just mark you when you are returning, that’s when they ask for bribe….” The driver said. The journey continued to the final bus-stop which is Maraba, the border town between Nassarawa State and the FCT. Everyone going into the FCT simply stopped and walked across the border before picking a car going to AYA, Wuse, Area 1 and other parts in the FCT.

The story is the same in other border towns where Kaduna State Governor barricaded it’s borders. In Giwa for instance, where the state shares boundary with Kastina, a little space created only for essential duty vehicles have been compromised. The enforcement of the interstate travel ban is only applicable on days the officials of the State Ministry of Internal security and Home Affairs are on patrol. Almajri children were reportedly sent back by security operatives on several occasions on this border.

The ban on interstate travel is believed to be a key strategy in the control of the spread of the novel Coronavirus and with daily increase of cases of the pandemic, it simply implies that the Federal Government must intensify or better still restrategise its enforcement of non-essential activities across the states borders.