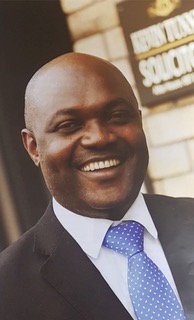 Waheed Mudah is a dual citizen of Nigeria and Ireland. Following his graduation from Nigerian Law School, Lagos in 1993, Mr Mudah was enrolled as a Solicitor and Advocate of the Supreme Court of Nigeria.

Mr Mudah arrived in Ireland in 2001 and as there is no reciprocal recognition of law certificates between Ireland and Nigeria, he sat for FE 1 exams and apprenticed with the firm of Messrs Kevin Tunney Solicitors in 2004 from where he registered for the Law Society of Ireland FE 2 programme from September 2004 to October 2006.

Mr Mudah was enrolled as a Solicitor of Law Society of Ireland in January 2007 and practises in the firm of Messrs Kevin Tunney Solicitors since his enrolment till present. Mr Mudah practises in general civil law and specialises in Family law, Personal Injuries and Immigration laws.

Mr Mudah is a foundation member of the Nigerian umbrella association in Ireland, the Nigerians in Diaspora Organisation Europe (NIDOE), Ireland Chapter and was at various times the General Secretary and Chairman of the NIDOE Ireland Chapter respectively.

Mr Mudah is a gentleman and is noted for using his professional calling in advancing the interests of his clients generally and particularly those from minority communities.